Verkadefabriek is the renowned theatre and multiplex cinema in the city of Hertogenbosch (Den Bosh) in the Netherlands. With around 300,000 visitors and more than 6,000 activities a year including shows, concerts, films, dance, cabaret, debates and festivals, it soon became the cultural heart of the city.

In line with its green policies, in 2020 the Municipality of Den Bosch decided to equip the facility with a plant that exploits a renewable energy source, that could also be installed on curved surfaces and that was not so invasive as to spoil the aesthetics of Verkadefabriek.

In a specially designed refurbishment project, the roof was boosted up with General Solar PV by General Membrane: the flexible photovoltaic waterproofing system architecturally integrated, which allowed to obtain:

- a high-performance roof: waterproofed and capable of producing electricity from renewable source;

- respect and enhancement of the architectural structure;

- an integrated system: a single solution to stop the water and capture the sun. 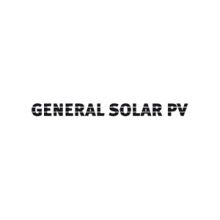 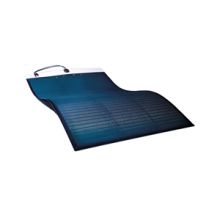 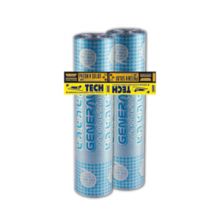 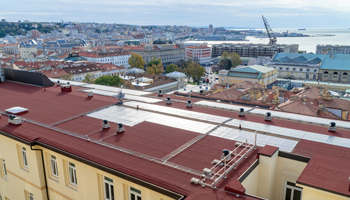 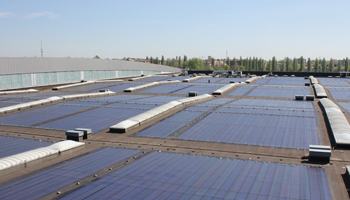 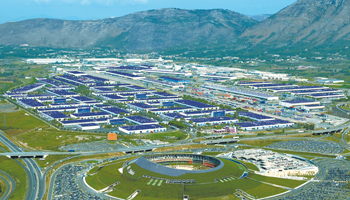 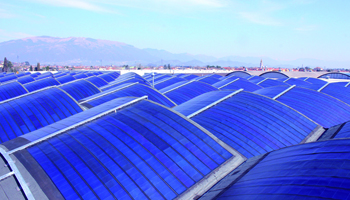 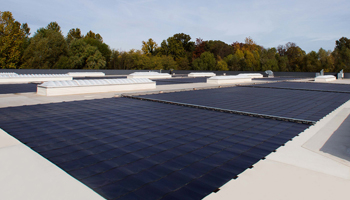 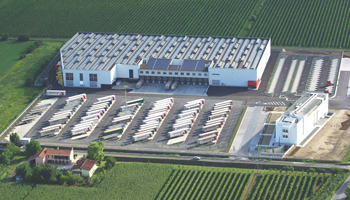 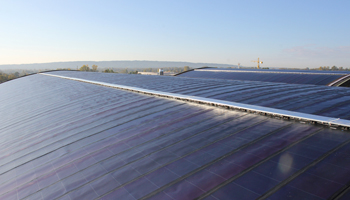 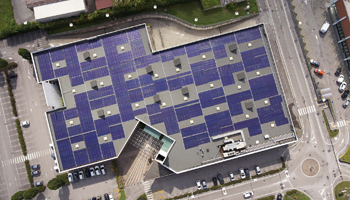 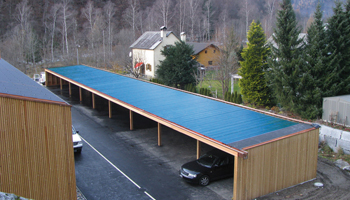 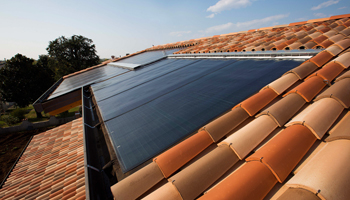 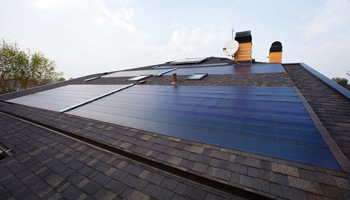 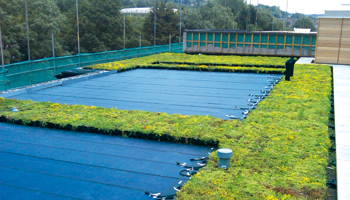 Would you like to know more?
Ask General Membrane Technical Department

STOP THE WATER, CATCH THE SUN

The solution developed for anchoring traditional photovoltaic modules on the roof without damaging the roofing integrity.

From design to installation, from insurance to maintenance: a unique system with unique materials developed to ensure the maximum durability of the waterproofing work.

Greentank is an innovative pre-applied and self-healing waterproofing system with the innovative properties of General Easy Seal technology.

Waterproofing with integrated photovoltaics realized with General Solar PV system and N.E.W. on a complex industrial warehouse, home of a renowned company and located in Marcon, in the province of Venice.

The largest integrated photovoltaic system in the world. Watch the video!

Waterproofing realized on an industrial building employing the N.E.W. system by General Membrane.

Refurbishment of the roof, with the application of a photovoltaic system of 435 kwp, a leading company in the printing sector, located in Crocetta del Montello (TV).

Waterproof system made with Hail Shield anti-hail membranes tested at the EMPA laboratories in Zurich, according to Swiss VKF TP09 and HW5 certified: the highest level of hail resistance. Expansion of the Fassi S.p.A. headquarters, an Italian company among the world's leading manufacturers of hydraulic cranes.

Refurbishment of the roofing with installation of General FIX system on a flat roof for anchoring a photovoltaic system with traditional rigid modules.

Installation of the General FIX system on a flat roof for anchoring a photovoltaic system.